Alaska’s Chugach National Forest extends over almost 7 million acres in Southcentral Alaska and includes mountainous areas in Prince William Sound, the Kenai Peninsula and the Copper River Delta. With its vast expanse, the Chugach Forest’s wilderness is largely untouched by roads or trails and is home to many Alaska birds, mammals and marine species including a bald eagle population larger than the continental 48 states combined.

Created in 1907 from a larger forest reserve, the Chugach Forest is technically a sub-polar rainforest in the pacific temperate region lying between the Pacific Ccean and the icier alpine zone. The Kenai Peninsula section is home to over 200 colonies of seabirds, as well as between 3,000 and 5,000 bald eagles. The Copper River Delta portion of the forest is considered one of the most essential shorebird habitats in the world with over 20 million birds habituating there annually, including one quarter of the world’s migrating trumpeter swans and dusky Canada geese. Other Chugach wildlife include dall sheep, moose, caribou, Sitka black-tailed deer, mountain goats, black bears and grizzly bears.  Marine life is abundant with humpback whales, sea lions and otters common in the waters surrounding Chugach shorelines as well as all five species of Pacific salmon (king salmon, red salmon, silver salmon, chum salmon and pink salmon).

Choose from 35 vacations in Alaska related to Chugach National Forest

Great option as a stand alone touring program or as a comprehensive land tour before or after an Alaska cruise. Every day there is spectacular mountain scenery, with local sightseeing insights from a professional guide the entire tour. First,... Browse tour 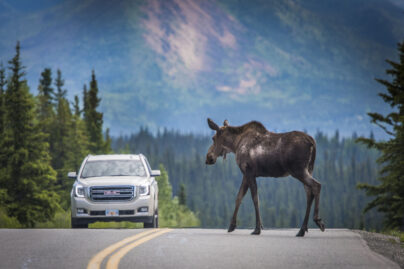 By train, travel along the scenic Seward and Portage Glacier Highways before entering the Anton Anderson Memorial Tunnel, the second longest tunnel in North America. On arrival in Whittier, embark on the 26 Glacier Cruise with lunch. Enjoy viewing... Browse tour This independent Alaska self-drive tour features many of the state's most popular attractions and scenic road ways. Visit Denali National Park and Kenai Fjords National Park as well as the cities of Anchorage, Fairbanks, Valdez and Seward. The circular... Browse tour 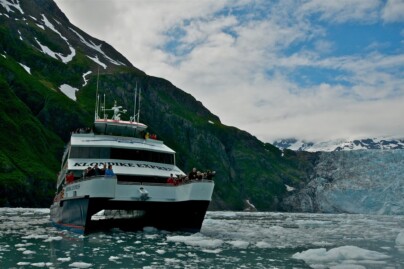 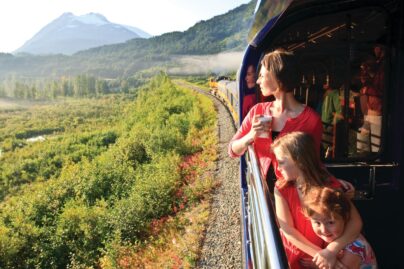 This rail and road trip takes you from Anchorage to Fairbanks on a classic Alaska train trip aboard the Alaska Railroad with an independent tour by car from Fairbanks to Valdez, driving the scenic Richardson and Glenn Highways. The... Browse tour

This exciting Anchorage day tour combines helicopter flightseeing with dog sledding on an Alaska glacier and showcases Alaska’s wilderness by air and by sled! After a 1 to 1.5-hour van transfer (one way) from Anchorage, you arrive at Alaska Glacier... Browse tour Travel by train to see Denali National Park. Travel into Denali on a bus tour. Return to Anchorage by coach and pick-up a rental car. Drive to Whittier for a glacier cruise in Prince William Sound. Spend 2 nights... Browse tour Enjoy a day tour from Anchorage with flightseeing to see the majestic Chugach State Park! On your flight you will travel over the expansive Knik or Triumvirate Glacier rimmed with spectacular hanging ice formations. Sense the motion of the... Browse tour 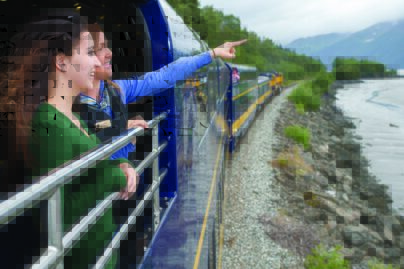 Touring Alaska by train is a relaxing way to experience all that the Great Land has to offer. Designed for independent travelers and train enthusiasts this tour utilizes several segments of the Alaska Railroad. This round trip itinerary from... Browse tour 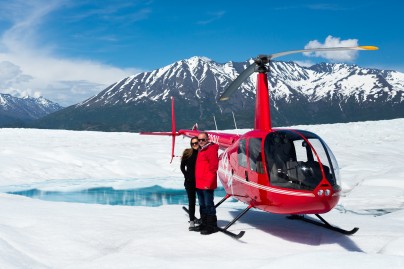 A one hour drive from Anchorage brings you to Alaska Glacier Lodge and the base of Alaska’s Chugach Mountains. From Alaska Glacier Lodge’s base you will take a breathtaking 15 minute helicopter ride up to Knik Glacier. During the flight... Browse tour