Valdez is a picturesque community located on Prince William Sound in Southcentral Alaska, well known for its fishing heritage and as being one of the few ice-free ports in Alaska. The surrounding coastal mountains have been compared to those of the Swiss Alps.

The original town of Valdez, founded in 1898, was created via a scam to lure prospectors off the Klondike Gold Rush trail. Steamship companies promoted the Valdez Glacier Trail as a better route than Skagway for miners to reach both the Klondike gold fields and the Copper River fields in interior Alaska. With steep glacier trails, many miners died attempting the crossing and Valdez did not flourish until after the construction of the Richardson Highway in 1899. The highway connected Valdez and Fairbanks and permanently established the town as the first overland supply station in to the interior of Alaska.

Since its gold rush days, Valdez has evolved into an important shipping center because it is the most northerly year-round, ice-free port in the western hemisphere. Construction of the Trans-Alaska Pipeline was completed in 1977 and Valdez was chosen as the terminus for the 800 mile pipeline out of Prudhoe Bay. During the construction phase of the pipeline, Valdez’s population surged to 10,000. When it was completed and the oil started flowing, the population settled to its current level of about 4,000 year-round residents.

Choose from 5 vacations in Alaska related to Valdez

On this Alaska kayaking tour from Valdez, you and your group will kayak into the calm protected waters of Duck Flats. The path of this kayaking day trip will follow a chain of small islands recognized for their nesting birds... Browse tour This Valdez kayaking tour to Shoup Glacier offers an intimate experience at one of Prince William Sounds’ many calving tidewater glaciers. This day trip is perfect for both beginner and experienced kayakers. Climb aboard a motor boat for a... Browse tour On this Valdez, Alaska day tour, search for wildlife such as whales, sea otters and sea lions as you cruise for two hours to the Columbia Glacier by water taxi. This is Alaska’s second largest tidewater glacier. Since the... Browse tour 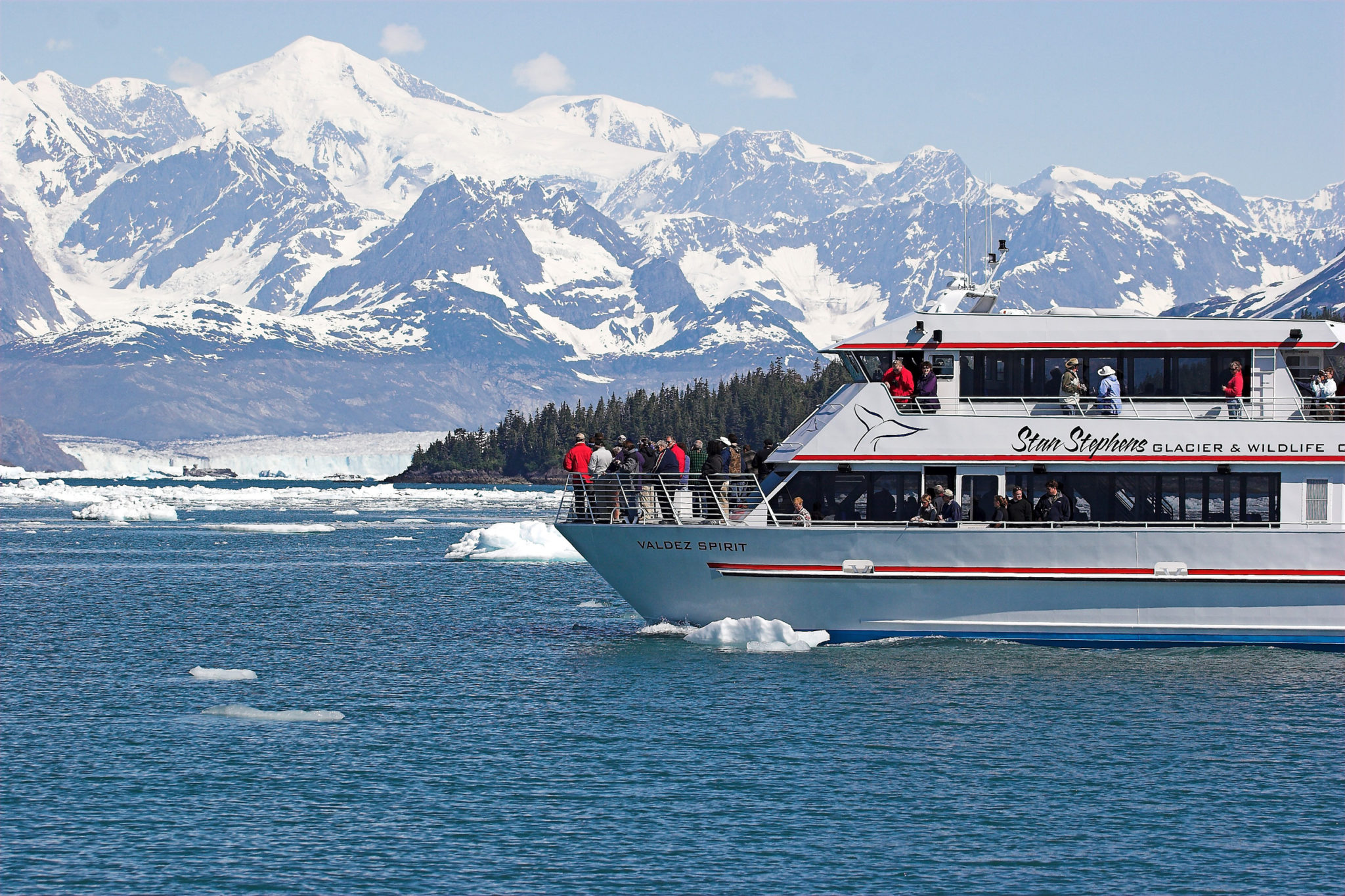 This Valdez day tour with glacier and wildlife cruise through Prince William Sound features a visit to Columbia Glacier. On board you will have a chance to view Prince Williams Sound’s diverse wildlife, including sea lions, sea otters, and... Browse tour