Home » For First Time Visitors to Alaska » About Alaska

Alaska is America’s largest and most northern state. It’s also arguably the most unique, spectacular, wild and intriguing state in America for travelers. In fact, when you visit Alaska, it feels like you’ve arrived in a special place far away from the world you know. No wonder many refer to Alaska as “America’s Last Frontier” and “The Last Great Place“.

Alaska’s diverse landscapes, microclimates and ecosystems give you plenty of places to explore and even more space to stretch, breathe and wander. In Alaska, big is the norm. Its vast territory includes more than 3 million lakes larger than 20 acres, 40 active volcanoes, 175,000 moose, 100,000 glaciers (600 of which are so large or interesting that they have proper names) and 23 mountain peaks in the 13,000+ feet club, including Denali, North America’s tallest peak at 20,320 feet.  Less than 750,000 people live in Alaska, and more than half of them reside in Anchorage, Alaska’s largest and most diverse city. That leaves lots of pristine wilderness to explore across the state’s 660,000+ square miles. Alaska lives up to monikers like “last frontier” in part because of its distant location from the “lower 48” states and because of its unique history and legends – many of which straddle the line between truth and tale. Experiencing Alaska’s history is as compelling as exploring the present. The earliest inhabitants of Alaska were people who crossed the Bering Land Bridge into what is now western Alaska, near Nome. The descendants of these native peoples are the present day Athabascan, Eyak, Tlingit and Haida peoples. Alaska is sprinkled with Alaska Native culture, shades of previous Russian ownership, memories of the Gold Rush boom, and Iditarod fun. But there are also modern travel delights – first class travel options, world-class dining and lodging, and renowned museums. In Alaska, visitors are welcomed by locals with big smiles and big hearts. Happy to share with visitors what drew them to live in Alaska, they will treat you to the seemingly limitless ways to travel and experience all Alaska has to offer. 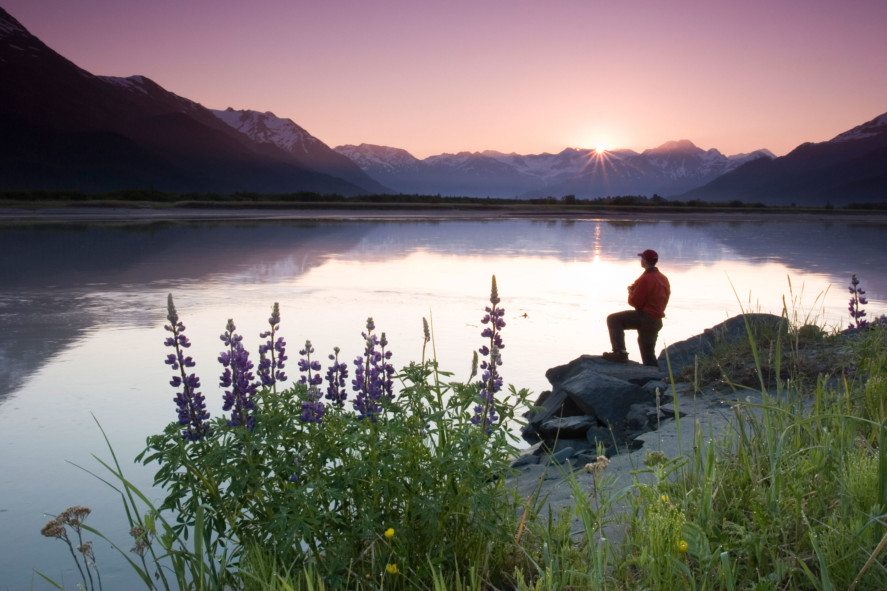