We've Got A Saying About Alaska's Weather : "Wacky and Wonderful"

Myths about Alaska’s weather abound so it may surprise you to learn from those of us who live in Alaska, the weather’s just fine!

While weather in Alaska can be sometimes a bit unpredictable, the summer season (mid-June through mid-August) is usually the mildest and warmest time of our year, especially in the Interior, where temperatures can reach well above 80°F / 27°C and when it is not uncommon to see temperatures reach 90°F / 33° C in Fairbanks. It is important to note that evening temperatures in Alaska can still be cool in the summer.

The southern and coastal regions of Alaska can also be cloudy with some rain showers throughout the year with average summer temperatures ranging from 40°F to 60°F (4° – 15°C). Winter temperatures in Alaska range from 0°F / -18°C to -30°F / -35°C from November to March.

Finally, while it can rain throughout Alaska’s summer, May is often the driest month in Alaska and September is typically the wettest.

All temperatures in Fahrenheit 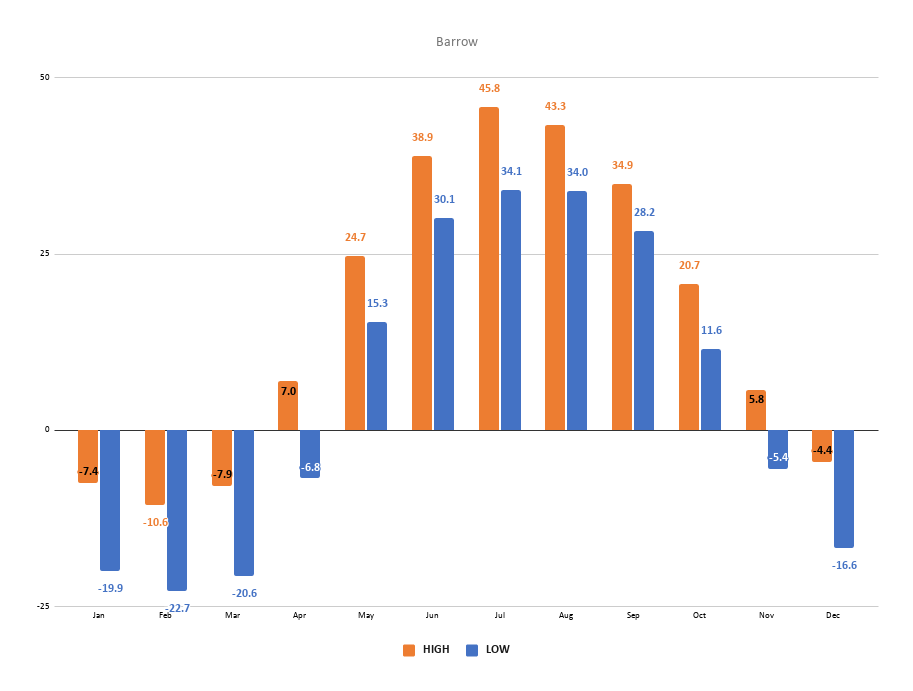 What to do in Barrow What to do in Nome What to do in Bettles 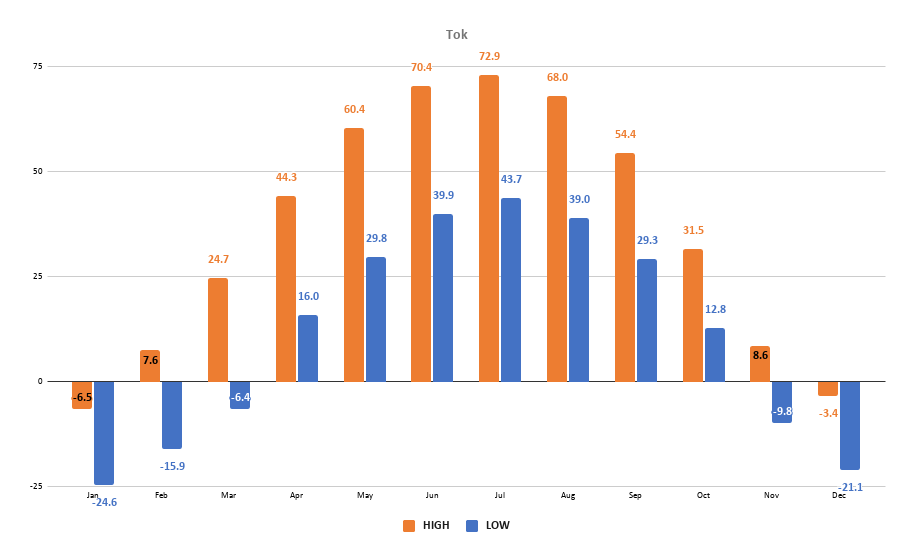 Getting ready to travel to Alaska?