Posted on May 6, 2020 in History and Trivia, Lifestyles & Locals, Native Culture Despite the emergence of easy-to-eat and prepare, convenience-oriented fast food in Alaska, traditional Native Alaskan foods are still part of Alaska’s cultural heritage. There remains a steadfast commitment among many Alaska Native people and longtime Alaskans to celebrate and uphold their cultural roots and traditions of harvesting, preparing and sharing traditional foods. They stress the importance of sharing these foods with younger generations both for their nutritional value as well as to continue to increase awareness about cultural practices.

How Essential are Traditional Foods to Alaska Native Culture Today?

Alaska Native foods being featured in many Alaskan cuisine cookbooks, video series, cooking blogs, foodie magazine stories and television shows. In Anchorage, the Alaska Native Medical Center cares for Alaska Native people from every corner of the state. Its cafeteria makes sure to have an assortment of traditional Alaskan foods and ingredients on its menu for those far from home and not used to daily doses of urban diets. And just ask an Elder from a rural community who’s had to move to an urban area about what most warms their heart. Fewer things make them happier than when volunteers or visitors prepare them special meals made from traditional Native Alaskan foods. Favorite Native Alaskan foods, meals and preparation techniques vary between Alaska’s regions, tribes and even within specific communities and families: meat from birds, seafood and mammals large and small for those who live along the saltwater shorelines diverge greatly from those who live inland along rivers and lakes; berries and greens contrast from the tundra, forests and waterways. But while regional and tribal diets differ, there are some commonalities across the state. Most traditionally harvested foods are rich in nutrients (vitamins, antioxidants, minerals) and high in fats and proteins, providing important fuel for those who spend their days working outside and living in colder climates. And for subsistence living, many Native foods are prepared and stashed away for future dining by smoking, pickling, drying, brining, fermenting and freezing.

Unfortunately, when visiting Alaska, you can’t just order most traditional foods in Alaska restaurants or find them on store shelves (though there are some modernized versions of some popular items such as smoked salmon and berry jams and syrups). To try the truly traditional and unique Native foods, you’ll have to attend an Alaska Native dance, sports festival or cultural center, visit specific farmers markets, or make friends with local Native people who may wish to proudly share an extension of their warmth and culture with you.

Here are some traditional foods to look for and hopefully savor during your Alaska travels:

Berries are the base of jams, sweet syrup and simple snacks, as well as ingredients that brighten dishes visually and with tart and sweet flavors. With more than 50 species across Alaska, blueberries, crowberries, cranberries and raspberries are picked and prized around the state, but the best berry in the opinion of many Alaska Native people are salmonberries. Also known as “cloudberries”, these little gems, shaped like large raspberries, range in color (from yellow to red to orange) and flavor (sweet to bitter).

Closeup of assortment of wild Alaskan blueberries and salmonberries on leaves

Berries are also a key ingredient to one of the most beloved traditional treats: Eskimo ice cream or Akutaq. This blast of flavor is dairy-free and far from what most consider ice cream. It’s a thick, whipped mix of animal fats and oils (most often from seal), whitefish or even vegetable shortening along with berries added for a zesty balance of taste and color, and sometimes even a sprinkle of sugar to sweeten. And yes, it’s served cold, sometimes with snow or ice.

Muktuk might be simple in preparation – basically small sliced chunks or strips of raw bowhead whale’s skin and blubber/fat – but it’s complex in every other way. It’s both chewy and tender, meaty and oily, and reviews of its flavor span from delicately fishy to nutty; some say it tastes like eggs, others note sweet coconut. Occasionally it’s dipped in soy sauce, deep-fried or pickled before being served. No matter how it’s prepared, muktuk is the ultimate in a low-carb, high-nutrient, pure-Alaska bite. Moose and caribou are essential meats in most freezers and, like beef, are processed and prepared in the usual range of burgers, steaks, roasts, sausages and jerky. Fish is also a popular staple of many Native Alaskan diets with the full continuum of salmon species being the most prominent. Fish is eaten in every way, from raw to baked/broiled/boiled/grilled to smoked and fermented.

There’s also a bounty of vitamin-packed edible plants that grow from the ground in Alaska – fireweed, rose hips and fiddlehead ferns – and in the water – seaweed, beach asparagus and kelp. These plants are used in everything from salads to teas, mains to sides, and are natural health foods at their finest.

One of the most adored Alaska Native foods is a rare high-carb gem: fry bread. These golden doughy mini-puffs are packed with calories and connections to friends and family, community and culture. Like their name, they are literally small pockets of dough sent to float and fry in oil. As for the dough preparation, some make it a little sweet, some make it a little salty, but everyone has a personal touch. While it’s a comfort food, no party or event is complete without a big batch of fry bread nearby. 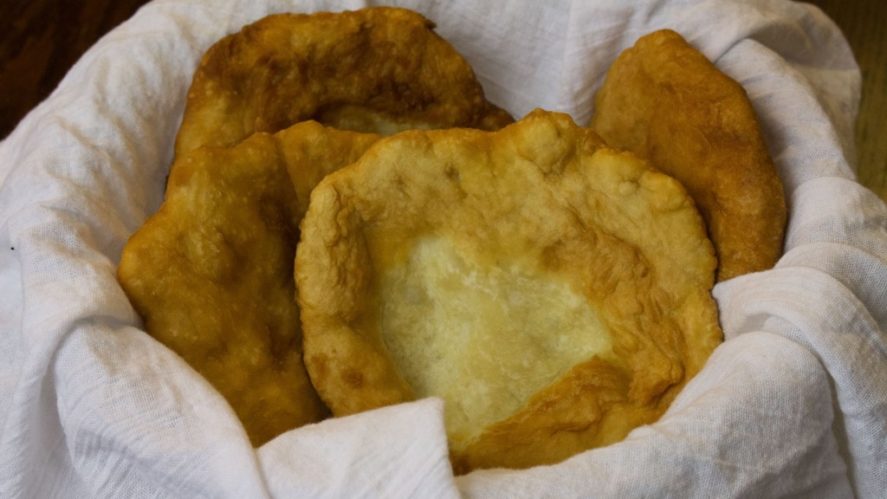 On the other end of the spectrum is the delicacy of herring eggs. These tiny and tasty white and yellow beads pop with flavor, are bursting with protein and heart-healthy omega fats. They are prized in Alaska Native kitchens along the state’s coastlines, especially Southeast communities, where herring make their annual runs, and even sushi restaurants around the world. They are a decadent complement to simple meals (with scrambled eggs or spread on bread) and to fancy feasts (salads and celebratory meals from Juneau to Japan), or served on their own, boiled, pickled or raw.

What else is on the menu for traditional Native Alaska food meals? Mushrooms and shellfish, ducks and geese, halibut and rock fish, ptarmigan and rabbits, and so much more.

Want to learn more? Add a tour of an Alaska Native cultural center to your Alaska visit and look for cookbooks while you enjoy your travels. 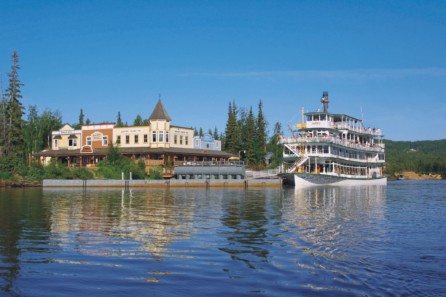