Part of the enduring popularity and lasting lore of the annual dogsledding competition of the Iditarod Trail Sled Dog Race is the curiosity and familiarity it holds for casual and serious international fans, intrigued Alaska visitors, and longtime Alaskans.

Most can tell you that the 1,049-mile marathon that gruelingly guides mushers and their dog teams from Anchorage to Nome is known as “The Last Great Race on Earth” and the world’s longest dogsledding challenge. And really, with sled dog teams facing some of Alaska’s most daunting winter landscapes, harshest weather conditions, and intense competition all along the way, the world-renown Iditarod is also clearly one of the planet’s toughest adventure races. 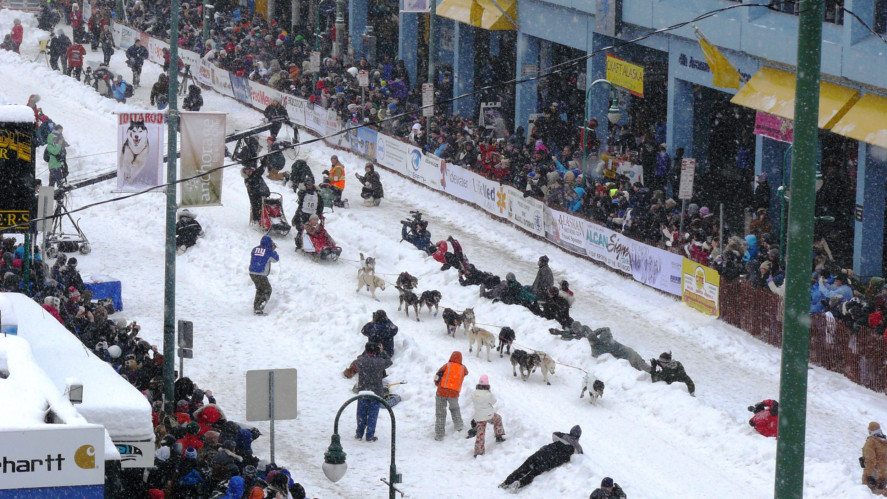 The Iditarod: An Iconic Dogsledding Race with Renown Mushers

Every Iditarod fan knows that the race winner banks a haul of cash and assorted prizes, while the final musher to cross the finish line under the famous Burled Arch on Front Street in downtown Nome receives the honorary, and notorious, Red Lantern.

Most can also tell you that musher Rick Swenson, who dominated the race in the late ‘70s and early ‘80s and even won again in 1991, is the unofficial king of the race, having won the Iditarod a record five times. Others will argue that the race’s current superstar, Dallas Seavey, is the best of all time. He’s also won the race five times, including the 2021 event, and should have many more shots at setting a new record and continuing to rewrite the race’s record book.

Five mushers have won this iconic dogsled competition four times: Susan Butcher, Jeff King, Martin Buser, Doug Swingley and Lance Mackey, who stands alone as the only musher to win four consecutive races (2007-2010). Swenson would have six wins if he wasn’t edged by Lance’s father, Dick Mackey, in a literal sprint to the finish line at the famous end of the 1978 race. After more than 14 days and 14 hours of racing, it came down to Mackey beating Swenson by one scant and scintillating second. A little more Mackey minutiae: Dick is also the father Lance’s brother, Rick Mackey, who won the 1983 Iditarod.

The Origins and History Behind the Alaska Iditarod

Another interesting Iditarod piece of trivia is in its origins. The race began in 1973, the brainchild of a group of hardcore Alaska mushers looking to create the ultimate racing challenge while also paying homage to dog mushing past. They found inspiration, in part, in the heroic Diphtheria Serum Run of 1925.

With a deadly disease outbreak ravaging the Gold Rush boom town of Nome – and with plane travel cut off by merciless winter weather – 20 Alaskan mushers teamed up to deliver much-needed medication from Nenana to Nome. Each dogsledding team took on a segment of a 674-mile route from Nenana, south of Fairbanks, before handing off the serum to the next musher stationed along the route. The mushers and dogs battled 50-degrees-below-zero weather, blinding snowstorms, and hurricane-force winds. When the last team traveling the final leg reached Nome an astounding 127 hours after the first musher departed Nenana, all of the drivers and teams became instant legends, as did the finishing team’s fabled and unflappable lead dog, Balto.

Here are a few fun and fascinating facts about Alaska’s Iditarod not commonly known beyond the most fanatic followers: