Home » History and Trivia » An Insider’s List of Alaska Highlights

When visiting Alaska, some of this state’s many highlights stand out loud and clear, for example Alaska’s many national parks and abundant and diverse wildlife. However, there is so much more to see and do when planning a vacation in Alaska! We’ve assembled an insider’s list of some of the more unusual and fascinating Alaska attractions to include in your next trip to America’s 49th state.

Those who live in this country’s “Last Frontier” know that comes with some unique challenges, and always has. Traces of battles, natural disasters, and stories of men and women braving the harsh conditions of Alaska’s wilderness are part of our cultural heritage and create a rich tapestry of Alaska history.

Sitka National Historical Park is testament to these historic roots and commemorates the efforts of Alaska’s indigenous people to defend themselves and preserve their lands.

Sitka’s park might be mostly known for its many totem poles, but the park was actually created (in 1910) as a memorial to the Battle of Sitka. This 1804 battle between the local Tlingit indigenous tribe and the Russian American Company and their Aleut and Alutiiq allies (indigenous tribes of southwestern Alaska) incurred great losses on both sides. The Tlingit ultimately retreated in the face of defeat on what is known as the Survival March. But their retreat did not mean that they surrendered their land. For 18 years they lived away from their ancient homeland, but continued a vigorous blockade of all trading canoes trying to pass their new fort. The blockade proved to be very effective and forced the Russians to begin negotiations with the Tlingit leaders. The Tlingit, however, refused the Russian requests to end the blockade for several years. Then, without warning, the Tlingit residents decide to return to Sitka in 1822 and rebuilt their homes just outside the Russian fortifications. They sent word to the Russians: “The mountains around Sitka belong to the Sheet’ká Kiks.ádi. No Russians will be allowed to hunt for deer or bear on those mountains while the Sheet’ká Kiks.ádi are here. Should any Russian or Aleut attempt to hunt on those hills they will do so at their own peril.”

Thus, the Battle of 1804 officially ended in 1822 where it started, in Sitka. The Tlingit ultimately rebuilt their village and adjusted to living forever afterwards, in close proximity to the Russians.

Farther west, in SouthCentral Alaska, almost every tour guide will spin stories surrounding the Good Friday earthquake of 1964. This 9.2 magnitude earthquake dramatically changed many Alaska landscapes across numerous areas in the state. 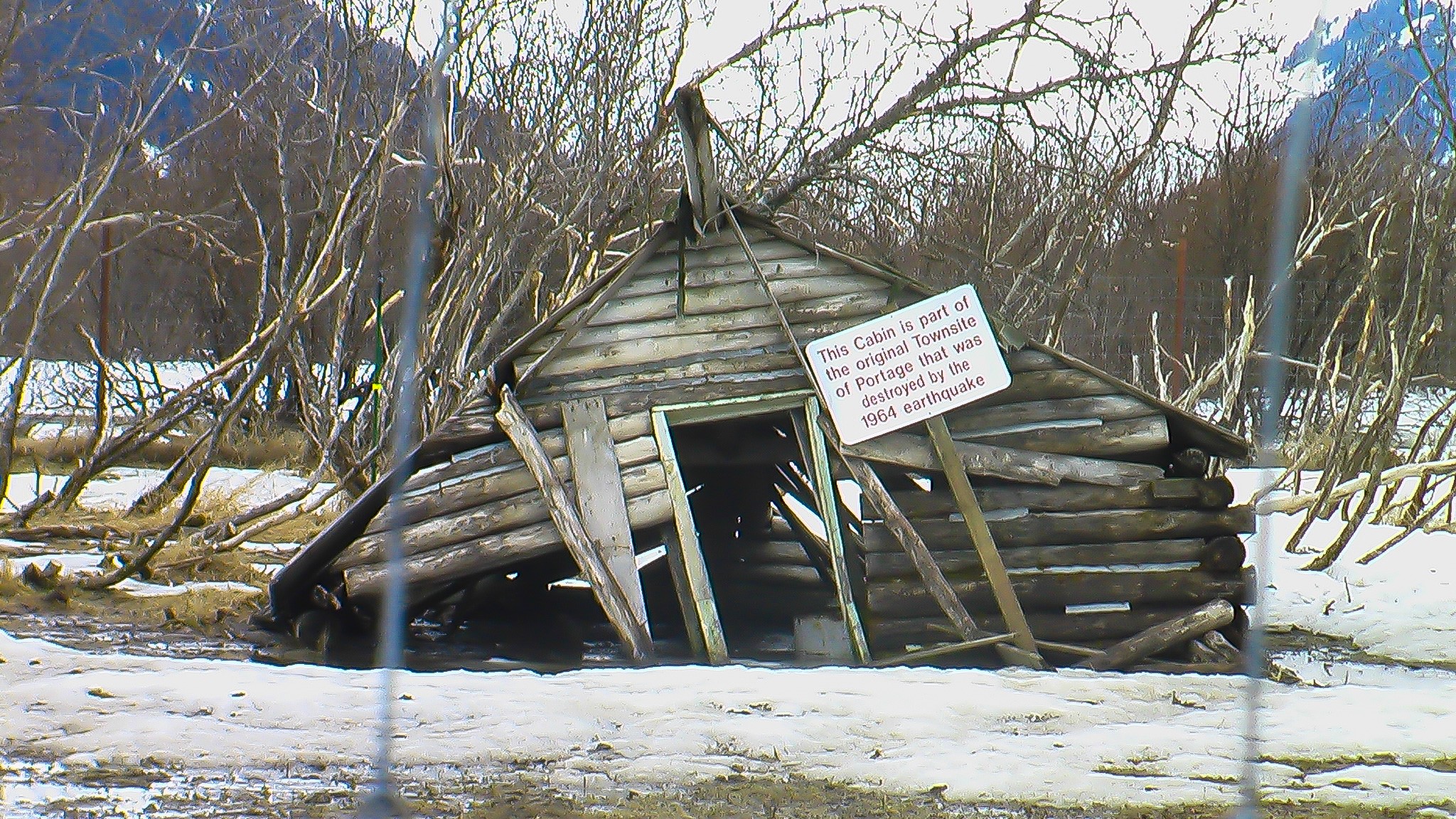 For example, you can observe the effects of this massive temblor when riding the Alaska Railroad through Portage, visiting Old Town Valdez, or taking a cruise into Kenai Fjords National Park. A lesser-known attraction is Earthquake Park in Anchorage. During the Good Friday earthquake, an entire Anchorage neighborhood slid into the ocean and Earthquake Park commemorates this loss. When you visit the park, you will find signs explaining exactly what happened on that fateful day and also get first-person view of just how dramatically the ground gave way as you gaze over the edge of the bluff. And to see what the streets of Anchorage looked like after the earthquake, swing by the Alaska Experience Theatre in the Fourth Avenue Market Place downtown.

Alaska Attraction #3: Chris McCandless’ “Magic Bus” from Into the Wild

Wild Alaska’s beckoning wilderness has drawn in adventurers from all corners of the earth for centuries. One of these adventurers was Chris McCandless whose story of survival, and ultimately his demise, near Denali National Park is recounted in the book and movie Into the Wild. McCandless was a young man from a well-to-do family who decided to donate his savings to charity, leaving everything behind and hitchhike to Alaska in search of adventure. Chris discovered an abandoned bus just outside Denali National Park and used this as his shelter from wildlife and the elements for 114 days up until his death. By his own words revealed in his journal, he had “literally become trapped in the wild” and was “too weak to walk out.”

Since the publishing of Into the Wild, the “Magic Bus” has become a sought after destination for like-minded adventurers inspired by Chris’s story of escaping modern life. To better preserve the bus, it was removed from its wilderness environs in June 2020 and will become part of an exhibit at the Museum of the North in Fairbanks.

In it’s place near Denali, the surrogate bus used in the movie Into the Wild is on display in the gardens of the 49th State Brewery just north of Denali. Visitors are welcome to board the bus and view the memorabilia on display inside while afterwards, enjoying an Alaskan bite and some local brew!

If you venture as far north as Nome, Alaska, you will discover what today is known as “The Last Train to Nowhere”. This “ghost train” lies outside of Nome and is an historical remnant from Alaska’s Gold Rush of the early 20th Century. This part of the Alaska Railroad was intended to service a number of gold mining camps, and there were even plans to extend rail service all the way to Vancouver, BC. Unfortunately, the Gold Rush in Nome faded over time and the overwhelming debts of the project halted construction of the railroad with only 35 miles of track ultimately being put in place. Three abandoned locomotives of the “last train to nowhere” are now comfortably ensconced in the tundra, and are one of the most photographed Alaska attractions in this area of Alaska’s Far North.

What gems have you discovered while exploring Alaska? Tell us on Facebook