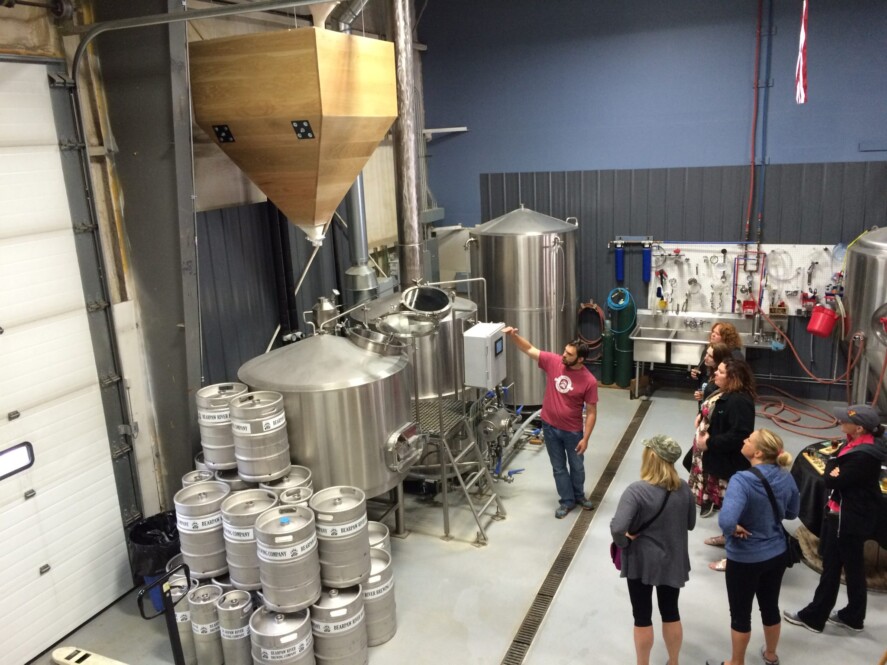 Alaska is in the midst of a beer boom with a surge in breweries and craft and micro brew production. Alaskans have always loved their saloons and suds. But for the longest time, brewing here in Alaska was relegated to homemade laboratories in beer lovers’ basements or garages. Brewing was a niche business at best and dominated by the famous flavors and iconic labels of Alaska Brewing Co. in Juneau.

Today, there are breweries and beer tasting rooms in every major Alaska town (Anchorage, Fairbanks, Juneau, Palmer, Wasilla and Eagle River), and even many smaller communities (Haines to Hoonah to Homer to Healy, Skagway to Soldotna to Seward to Sitka). “Alaska-made” beers are proudly served on tap in restaurants and bars across Alaska, the Pacific Northwest and even beyond; some are even sold in bottles, cans and kegs around the state. The 2015 Brewers Association’s State Craft Beer Sales & Production credited Alaska with 27 craft breweries ranking us 35th in the nation. Perhaps more impressive is our 5.3 breweries per 100,000 people (8th highest penetration in the nation) which produced 12.7 gallons of beer per capita (4th in the nation).

Brewers here embody the creative, quirky and hardworking spirit of Alaskans, as well as their adventurous tastes. Many use Alaska-grown ingredients in their beers and use the state’s features and creatures for inspiration – Sockeye Red (Midnight Sun Brewing Company), Icy Bay IPA (Alaskan Brewing Co.), Sitka Spruce Tip Ale (Baranof Island Brewing Co.), Chugach Session (Broken Tooth Brewing), Moose Point Porter (Kassik’s Kenai Brewery), and many, many more. Some of Alaska’s beers and brewers are now regulars on the national and world beer festival circuits and they occasionally come home with honors.

Alaska Brewing Co is still the most recognizable Alaska-made beer; its Alaska Amber is pretty much the unofficial state beer. Midnight Sun Brewing Co., Anchorage Brewing Company and Kassik’s Kenai Brewery create some of the state’s most respected, sought-after and award-winning beers according to aficionados at beeradvocate.com, Yelp and your typical Alaskan who loves beer.

One of the happiest and hoppiest events in Alaska comes in cold January: the Great Alaska Beer & Barley Wine Festival in Anchorage. The two-day beer-fest features breweries from around the world, but the locals are the big stars. Almost all of Alaska’s breweries have a presence and most roll out old favorites and new creations to wow the crowds. Beer is a great excuse to visit the 49th state! Matanuska Glacier Hiking Out of Anchorage

Availability: Year round, not daily
Starting at: $299 / per person
Duration: 9 hours