The Alaska Bucket List: Top 10 “Must Sees” in the Last Frontier From A Local’s Perspective

With so many distinct regions in Alaska and such a variety of available outdoor activities, it is hard to narrow down a Top 10 list for the 49th and largest U.S. state. Many of Alaska’s traditions are popular, among them dog sledding, ATVing, zip lining, kayaking and rafting, but here are our top 10 picks based on our years of experience living in Alaska:

Discover the Art of Alaska

Experience the creativity and craftsmanship honed over millennia in the traditional wood carving skills carried on by Alaskan Natives. See Tlingit totem poles throughout the Inside Passage, stunning Aleut masks in Kodiak, intricately designed Athabaskan fur parkas in Fairbanks, and skin boats in Barrow. 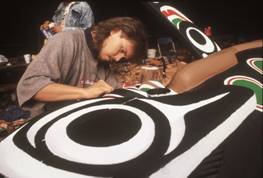 Join an Alaskan community at a Salmon Bake

It’s not just the orcas and bears that love to eat salmon! Nothing beats wild caught Alaskan salmon cooked over an alder wood fire. There are great outdoor salmon bakes in Fairbanks, Denali and Juneau – or try a wilderness setting for a truly Alaskan experience at Fox Island (cruise there from Seward) or Taku Glacier Lodge (fly over glaciers to get there from Juneau). Better yet, throw in a line and catch your own salmon and invent your own salmon bake recipe! Dip your toe in the Arctic Ocean

Now is your chance to reach the least inhabited, least visited ocean on earth – the Arctic Ocean! Fly to Prudhoe Bay, Barrow or Kaktovik for a once-in-a-lifetime experience. You’ll not only get a certificate documenting your unusual stop at the top of the world, but also the chance to jump in the frigid water to join the Polar Bear Club. Of course, if there are actual polar bears roaming around, we’ll keep you safely out of the water. Experience Alaska’s Many Definitions of “Wilderness”

Where do you find wilderness in Alaska? Just about everywhere! Take some time during your vacation to get off the beaten path and enjoy a quiet setting in the mossy woods, on the expansive tundra, on a glacier, or along a burbling stream. It’s awe-inspiring to feel like you’re the first explorer setting foot on virgin territory. You never know when a majestic eagle may soar overhead, or a pica will poke its head out to have a peak at you. If the Northern Lights (a.k.a. Aurora Borealis, Polar Lights, or Arctic Lights) aren’t on your bucket list, they should be. This natural phenomenon of colors dancing and swirling in the sky is beyond imagination. Unfortunately, the Northern Lights can only be seen when the sky is dark, which doesn’t really happen during the summer in Alaska. To see this spectacle just plan your Alaska trip in late August / early September, or make a separate winter visit to Alaska. There’s just nothing like a moose. These giant ungulates roam across most of Alaska and may be seen on city streets, in park lands, or even swimming across rivers. The males’ antlers are impressively huge, especially when you consider they regrow them every year. The only guaranteed places to see them are the Alaska Zoo and the Alaska Wildlife Conservation Center, but keep your eyes open and you will likely spot one somewhere along your Alaska route! Many species of whale including humpbacks, orcas, belugas, minkes, and fin whales are regularly seen in Alaskan waters.  Humpbacks are the most common species in the Inside Passage and Southcentral. They migrate up in the spring to feed with their newborn calves. Just before migrating back to warmer waters in the autumn they may participate in exciting behaviors, such as lunge feeding and bubble net feeding, during their last chance to eat before they fast through the winter. The endangered Cook Inlet beluga whales are most often seen along Turnagain Arm and Knik Arm (near Anchorage) in May and August. Look for their smooth white heads to surface as they chase fish up the Arms. 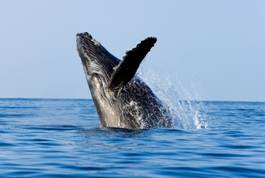 Experience the Majesty of Denali

While its name was recently changed from Mt. McKinley back to its traditional name, Denali, this peak remains the highest mountain in North America. In fact, if you consider its height from the base of the mountain to its summit, it is the tallest mountain in the world, since it starts near sea level and rises to an elevation of 20,310 feet. Glaciers flow like massive rivers of ice down all sides of the mountain. Climbers risk everything to conquer its peak. You can visit by small plane to land on a glacier or alpine lake and skip the mountaineering gear! Denali National Park, which surrounds the peak, is one of the most reliable destinations for seeing a variety of wildlife all in one place. The “Big Five” in Denali National Park include grizzly bears, moose, caribou, Dall sheep, and elusive wolves. Alaska is home to polar bears, black bears, brown bears and grizzly bears. These different species of bears are rarely in the same place, so you generally have to seek them out separately and during specific seasons. Each is exciting to see in its natural environment, but the quintessential bear viewing location is Brooks Falls in Katmai National Park. In July, you have great chances of witnessing brown bears standing at the top of a waterfall, just waiting for salmon to jump into their mouths. Glaciers cover about 17,000 square miles (44,000km2) of Alaska, with the most accessible ones being along the southern coastal mountains and the Alaska Range. Simple natural forces, such as evaporation, precipitation, and gravity come together to form the enigmatic, stunningly blue ice. Cruise, hike, paddle or fly to see an iceberg, crevasse, ice cave, or a 15-story tall vertical face of a glacier for yourself. With some luck, you may even watch new icebergs form as the ancient ice calves off of a glacier and falls into the ocean.